Hundreds of people lined the street in Virgin Gorda on Monday to witness the annual Easter Monday Parade. The event, which started at the VG Yacht Habour and ended at …

END_OF_DOCUMENT_TOKEN_TO_BE_REPLACED 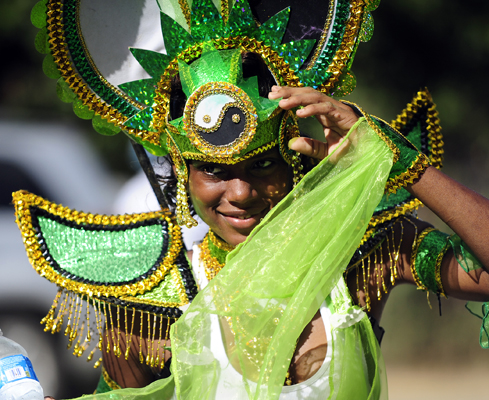 A parade participant dances in the street on Monday afternoon. (Photo: TODD VANSICKLE)

Hundreds of people lined the street in Virgin Gorda on Monday to witness the annual Easter Monday Parade.

The event, which started at the VG Yacht Habour and ended at the George Tyson Festiville, was a display of colours, as participants donned costumes depicting different characters and themes.

Sharon Flax-Mars, one of the organisers, was also a participant: She wore a red-and-black costume and wielded a plastic sword. “It has been going good, but hot so far,” Ms. Flax-Mars said.

Throughout the festivities, the community was very supportive, according to the organiser. “We had great entertainment at the festival village and great participation from everyone,” she said.

About 23 entries participated in the parade, making it comparable to last year’s, she added.