Premier Andrew Fahie led a delegation to the Eighth Summit of Heads of Government of the Association of Caribbean States in Managua, Nicaragua last week, the first time a head …

END_OF_DOCUMENT_TOKEN_TO_BE_REPLACED 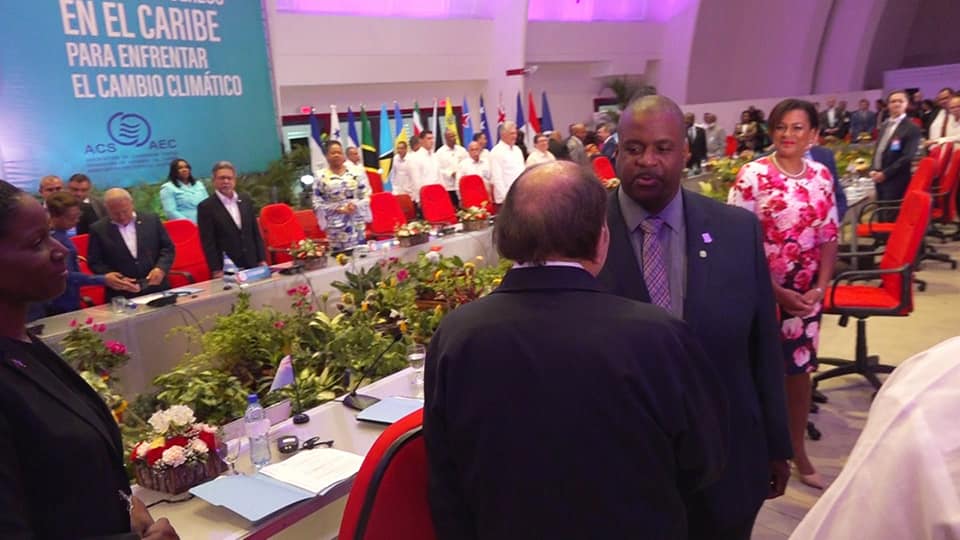 Premier Andrew Fahie led a delegation to the Eighth Summit of Heads of Government of the Association of Caribbean States in Managua, Nicaragua last week, the first time a head of government from the Virgin Islands has attended the summit since the territory was approved as an associate member late last year.

The ACS works to promote regional cooperation, environmental preservation, and sustainable development in the Caribbean.

Mr. Fahie delivered remarks at the March 27-29 summit, emphasising his gratitude for the VI’s associate member status, according to a Friday press release.

“Today, the BVI has taken a step closer to the greater Caribbean, as we will always be friends, neighbours and family in this region; knowing that what affects one affects us all,” Mr. Fahie said at the summit.

He also spoke about the benefits that the VI brings to the organisation, such as its perspective on tourism, the marine sector, disaster management and climate change.

“Climate change is indeed one of the most significant challenges of our time, as it threatens our very existence and ability to sustain life as we know it,” he said.

The VI’s ACS associate membership has been in the works since June 2017, when Premier Dr. Orlando Smith announced plans to deepen the VI’s ties with Latin America and the Caribbean amidst the United Kingdom’s ongoing turmoil with Brexit.

The press release explained that the VI delegation’s objectives last week included “establishing a presence at the organisation, building relationships with Latin American states, and gaining inclusion in any projects, programmes and development cooperation arrangements facilitated by ACS.”

It went on to say that the premier would hold separate bilateral meetings with representatives of ACS and the Economic Commission for Latin America and the Caribbean.

The VI’s fellow associate members are Aruba; France (on behalf of French Guiana, Guadeloupe and Martinique); the Netherlands Antilles; and the Turks and Caicos Islands.