At the Sir Olva Georges Plaza on Saturday, the spirit of World Food Day was on full display. Farmers sold starfruit and peppers, fishermen opened coolers filled with fresh catch, …

END_OF_DOCUMENT_TOKEN_TO_BE_REPLACED 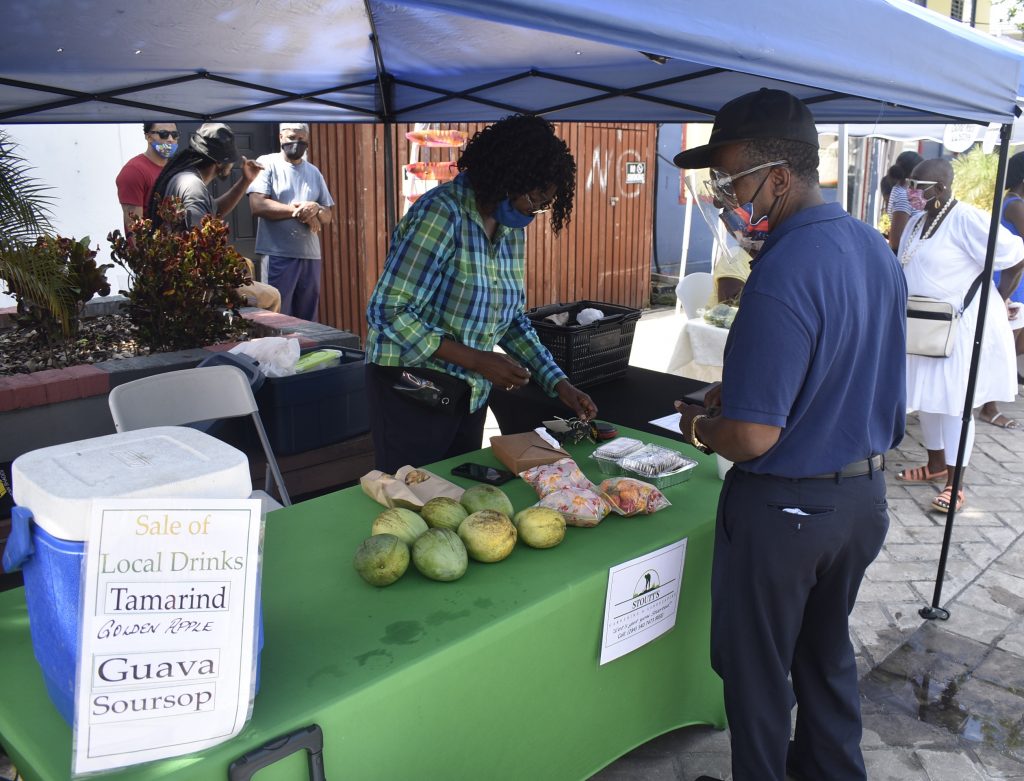 At the Sir Olva Georges Plaza on Saturday, the spirit of World Food Day was on full display. Farmers sold starfruit and peppers, fishermen opened coolers filled with fresh catch, and artisans pressed cane juice on the spot.

Celebrated annually on Oct.16, World Food Day is a United Nations initiative in which more than 150 participating countries and territories try to spread awareness for the roughly three billion people across the globe who cannot afford a healthy diet.

“World Food Day is another day that brings the subject of food production to the forefront of our minds,” Deputy Premier Dr. Natalio “Sowande” Wheatley said during a short speech Saturday morning.

The casual government affair also included other speakers, including Chief Environmental Health Officer Lionel Michael and performances from a band.

Despite the historical importance of agriculture in the Virgin Islands, many aspects of the territory’s fishing and farming sectors, including the legislation that governs them, are outdated, said Dr. Wheatley, who is the minister responsible for agriculture and fisheries.

One way he hopes to modernise the sector is by passing the Food Security and Sustainability Bill, which is still making its way through Cabinet, he added.

After receiving feedback from stakeholder meetings across the territory, his ministry has recently obtained a revised draft of the bill from the attorney general and is aiming to submit it to Cabinet soon, Dr. Wheatley said.

“And to that I say hallelujah,” he added.

If the bill passes, it would create an agriculture and fisheries marketing authority, which would buy directly from farmers and fishers and approve standards for food sourced and sold in the territory, Dr. Wheatley said.

He also thanked farmers who had completed the agricultural production survey, and urged those who haven’t to contact the ministry so they can get started.

Even if the bill does pass, however, Aragorn Dick-Read, who owns Good Moon Farm above Cooper Bay, doesn’t think it will do much to boost farmers’ sales.

The association that would be created by the bill “is the absolute opposite of what the market situation and demand is,” Mr. Dick-Read said.

Because there is more demand for locally grown crops and meat than there is supply, there isn’t much incentive for farmers to sell their wares to a government agency that will then resell them, he added.

And though he said events like World Food Day often don’t do much to increase the turnout at the regular Saturday farmers market, they do shine a spotlight on the importance of the plaza as a historical gathering place for residents to exchange ideas as well as food, Mr. Dick-Read said. “They’ve enshrined the importance of this area as the original market,” he said, adding, “That’s amazing, the amount of information stored in this one little place.”