Local News > Integrity bill gets to House of Assembly

Integrity bill gets to House of Assembly

END_OF_DOCUMENT_TOKEN_TO_BE_REPLACED 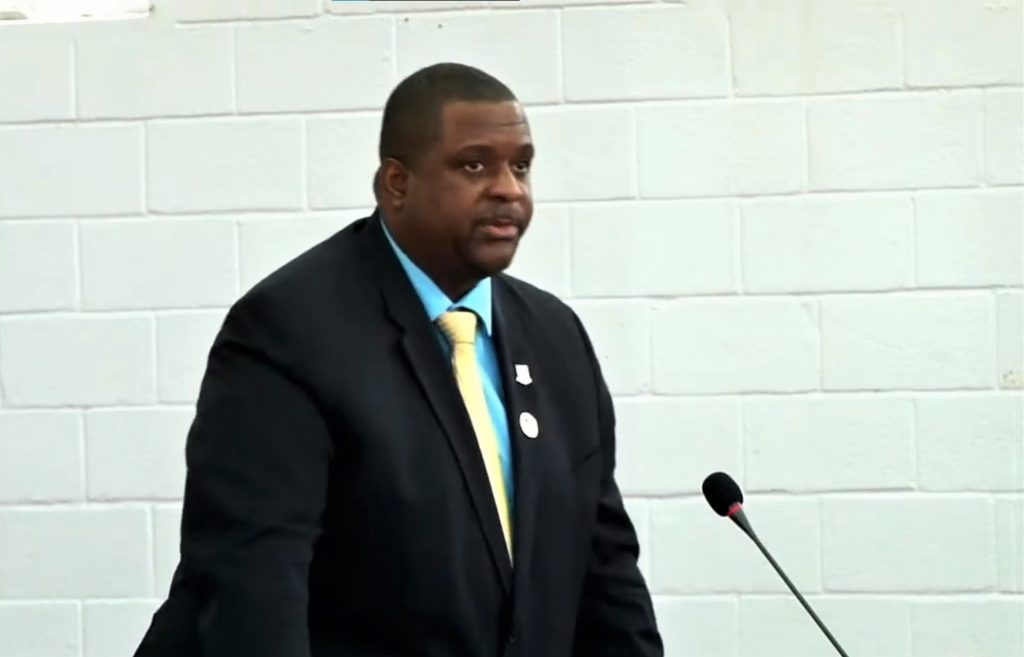 Premier Andrew Fahie introduced the Integrity in Public Life Act, 2021 last week in the House of Assembly, which includes a code of conduct for public officials. (Screenshot: HOA YOUTUBE)

This year started with the January launch of an investigation into alleged corruption in the Virgin Islands as then-Governor Gus Jaspert aired concerns about political intimidation and inappropriate use of taxpayers’ money.

But last week the House of Assembly took a long-promised step toward improving governance, and Premier Andrew Fahie said it’s time for people to “put up or shut up” when it comes to reporting misconduct.

Mr. Fahie introduced the proposed Integrity in Public Life Act, 2021 for a first reading on April 22 in the House, calling the bill dear to his government’s heart and “extremely needed.”

“We hear a lot of things in this territory, and it is time to bring legislation to bear so that … facts can be dealt with, and what are not can be discarded,” he said, adding, “People will have to show where their assets are, and what all they own to make sure it’s justifiable, and not gained through ill means as a public officer. I feel confident to bring this bill.”

The bill likely will be debated in a coming sitting of the House of Assembly, one of which is scheduled for April 29.

The bill, which was Gazetted on April 23, would create an Integrity Commission chaired by an attorney or retired judge to serve as a watchdog against unethical behaviour.

It also includes a code of conduct that would apply to every public officer in the territory, as well as elected officials.

The code requires officers to serve loyally; be honest, impartial and efficient in carrying out their duties; and avoid exploiting their position for their own private interest, among other stipulations.

It also outlines officers’ personal responsibilities: avoid or disclose any conflicts of interest in their work; avoid being used for partisan political purposes; refuse and report improper offers; avoid owing favours or being influenced by others; and protect confidential information.

Under the proposed law, any breaches of the code of conduct could be reported to and investigated by the commission, which would have the power to seek warrants for searching private premises; to issue summons; and to compel a person to provide evidence.

After finishing an investigation, the commission would be authorised to refer matters to the director of public prosecutions and submit a report to Cabinet.

Mr. Jaspert called repeatedly for governance reforms and transparency measures in the territory before announcing the United Kingdom’s commission of inquiry shortly before he left office in January.

Besides recounting reports of victimisation and a growing “culture of fear” in the territory, Mr. Jaspert insisted that the VI community wants to see laws and policies in place to ensure transparency and accountability in government.

Mr. Fahie, however, has pushed back, calling Mr. Jaspert’s claims about possible victimisation and other misconduct “damaging and reckless.”

In response to the governor’s comments in December, he noted that his government’s legislative agenda already included the Integrity in Public Life Act, as well as anonymity legislation and amendments to the Criminal Conduct Act to “make provisions for unexplained wealth which derives from corruption and criminal activity.”

“It is unfortunate that Governor Jaspert has chosen to make these damaging and reckless statements when, by his own admission, the veracity of these allegations has not been established by him or any investigative body,” Mr. Fahie said.

Mr. Jaspert announced the wide-ranging commission of inquiry on Jan. 18. Last week, however, Mr. Fahie insisted the proposed legislation did not come because of the probe, noting again that it had been on the legislative agenda for a while.

He also credited Governor John Rankin for his assistance with making sure it moved forward.