About 98 percent of produce stocked on shelves at Virgin Islands stores comes from outside the territory, but government leaders hope to address longstanding challenges for the farming and fishing …

END_OF_DOCUMENT_TOKEN_TO_BE_REPLACED 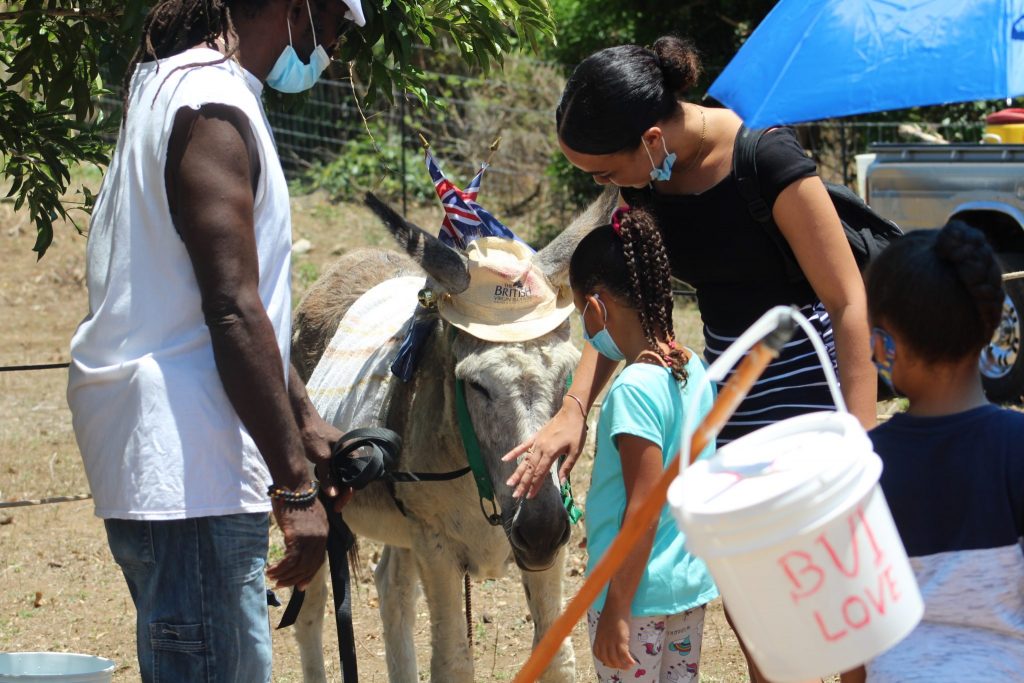 About 98 percent of produce stocked on shelves at Virgin Islands stores comes from outside the territory, but government leaders hope to address longstanding challenges for the farming and fishing sectors with proposed legislation, according to Deputy Premier Dr. Natalio “Sowande” Wheatley.

Dr. Wheatley and Premier Andrew Fahie offered updates on the proposed Food Security and Sustainability Act 2022 during a press conference on Feb. 11, while also answering questions about the future of medical marijuana and other business sectors.

Through public meetings and third-party reports, government officials have identified some of the most urgent issues facing fishers and farmers in the VI, said Dr. Wheatley, who is also the minister of education, culture, youth affairs, fisheries and agriculture.

Better management of the territory’s fisheries was high on the priority list, he said.

“The status of fish stocks is unknown, and human resources and budgets are severely limited,” Dr. Wheatley said.

He noted that residents complained of illegal, unreported and unregulated fishing by commercial and subsistence fishers, as well as foreign fishing fleets and visiting sports anglers.

“Operations of the BVI Fishing Complex have been hampered by government policies, and standard operating procedures for food safety and hygiene are not up to international standards,” Dr. Wheatley added.

Community members, he noted, have called for clearer food safety standards — which he said would be especially important if the VI hopes to expand its international export business in the future.

Mr. Fahie added that he hopes planned measures like reviewing export taxes will help make food production a mainstay for the territory.

During recent public meetings, residents have raised other problems as well, including inconsistent product prices, a lack of comprehensive marketing and strategic vision for the sector, poor management of the Paraquita Estate, lacking government support following natural disasters, inadequate regulation of insecticides and fertilisers, and antiquated laws.

“There was an objective analysis that says to us that we have some serious challenges in our agriculture and fisheries production, and we must take steps to rectify these deficiencies,” Dr. Wheatley said.

Some of the current laws that formed the foundation for the 143-page bill are more than 100 years old and in dire need of an update, Dr. Wheatley said when he announced the bill in July 2020.

One major change included in the draft is the elimination of the Department of Agriculture and Fisheries, to be replaced with a statutory board that would also help oversee the administration of a central complex where vendors could sell their produce and catch.

He called the proposed authority a “revolutionary step for the agriculture and fisheries sectors.”

Dr. Wheatley added that plans are in development to build complexes at the Omar Wallace Hodge Fisherman’s Wharf in Baughers Bay, as well as landing sites on east and west Tortola and on Virgin Gorda, Anegada and Jost Van Dyke.

On the agriculture side, he said government is working to develop an inventory of Crown lands for farming uses.

In May 2020, a virtual forum was held with stakeholders as well as Dr. Wheatley and Natural Resources, Labour and Immigration Minister Vincent Wheatley to discuss what would be necessary to scale up the fishing and farming sectors.

At the forum, Mr. Wheatley said the smart use of fresh water to support larger farming operations would be a key component of building a VI-based industry.

The deputy premier said on Feb. 11 that planned changes aren’t limited to legislation.

“We plan to build a reservoir specifically for Paraquita Bay to help with some of the water concerns,” he said. “We’ve begun the process of rehabilitating wells in Paraquita Bay, and we’re going to be passing a water policy that will guide us in terms of water subsidies for all the farmers in the Virgin Islands.”

In response to a question about possible caps on the maximum amount of water any given farm could use, Dr. Wheatley said government is still working through the water policy.

“Some of those issues are actively being discussed as to what types of subsidies persons are going to get; who will have access to those subsidies; whether persons who are only commercial farmers will get the subsidies or if they will be extended to anyone else,” he said. “All of those are active issues that we’re discussing.”

The premier also gave an update on the plan to allow medical marijuana in the territory.

The House of Assembly passed a pair of bills to decriminalise and legalise the drug in June 2020, but the legislation stalled when former Governor Gus Jaspert withheld his assent, claiming when faced with criticism the following December that the matter rested in the hands of the United Kingdom foreign secretary.

Since then, the bills still have not received assent even with a new governor taking office, but Mr. Fahie said on Feb. 11 that he was requesting weekly meetings with UK leadership to find a resolution.

“Medicinal marijuana is a billion-dollar industry worldwide now, and the Virgin Islands can claim a portion of this market once we get our industry up and running,” Mr. Fahie said. “This is a potential new major revenue earner for the territory, and no further unnecessary delays can be afforded.”

Dr. Wheatley confirmed that the government has identified land to be used for cultivating medical marijuana in Paraquita Bay.

The premier also noted progress on rolling out gambling, which the House unanimously voted to legalise in June 2020. Governor Jaspert assented the following August.

Mr. Fahie said government is still searching for members to make up the Gaming Control Commission, and some “good recommendations” have been made so far.

He added that details of a request for proposals for a consultant to advise on the staffing and organisational structure of the commission “will be published very, very soon.”

Mr. Fahie and Dr. Wheatley also responded to media questions about other projects and tourism in the territory.

The deputy premier noted that a recent tender went out for work on a new junior high school, and government expects to award a contract for the buildings in “a short few weeks.”