RDA Chief Executive Officer to stay on until March

Though the Recovery and Development Agency has officially accepted the resignation of CEO Paul Bayly, he will stay on in that position until the next meeting of the agency’s board …

END_OF_DOCUMENT_TOKEN_TO_BE_REPLACED 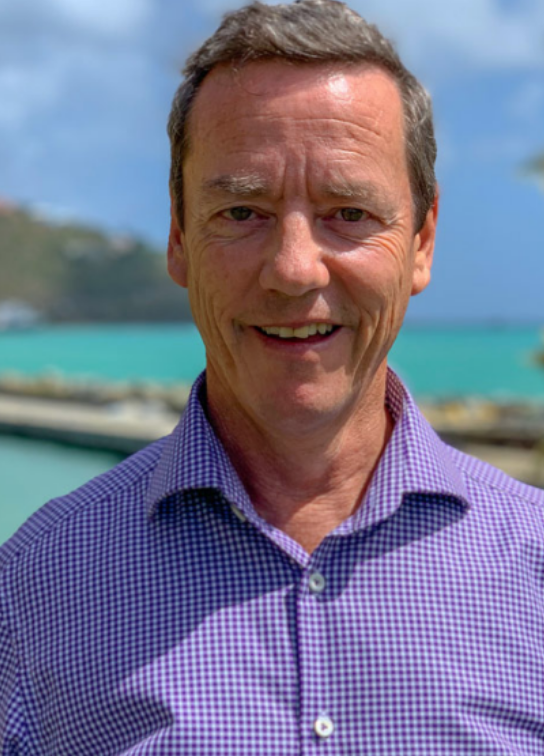 After tendering his resignation, RDA CEO Paul Bayly will stay on until March, at which point the Board of Directors will appoint an interim CEO and search for a permanent replacement. (Photo: PROVIDED)

Though the Recovery and Development Agency has officially accepted the resignation of CEO Paul Bayly, he will stay on in that position until the next meeting of the agency’s board of directors in March, according to RDA Head of Communications Colene Penn.

Following the March 19 meeting, the board will appoint an interim CEO to lead during a transition period while they recruit a new CEO, Ms. Penn explained in a Friday email.

“Mr. Bayly will assist as requested during the transition process,” she stated, adding that it is the board’s responsibility to recruit the new CEO.

Asked if the board has an interim CEO in mind, Ms. Penn stated, “The board is working on this and other transition concerns. The public will be [apprised] in due course.”

Mr. Bayly will leave the territory after the March 19 board meeting, according to Ms. Penn.

The RDA announced on Jan. 14 that Mr. Bayly had resigned from his position and explained that his skill set is no longer required given the reduced scale of works the agency now plans to execute.

“Mr. Bayly proposed, and the board [of directors] has accepted, that there is no longer the same requirement for Mr. Bayly’s skills,” the agency explained at the time.

“He leaves the RDA well positioned to deliver the revised [Recovery to Development Plan] for the government and people of the BVI.”

Mr. Bayly’s resignation rekindled a long-running controversy over who is to blame for the agency’s struggles to accomplish its goals, with Governor Gus Jaspert implying that the government has not provided adequate support and Premier Andrew Fahie insisting otherwise.

The back-and-forth continued a public spat that began last year.

With the RDA dramatically underfunded for the recovery projects in its mandate, the governor and premier initially faced off over the conditions of a £300 million loan guarantee offered by the United Kingdom that would supply much of the funding for projects administered by the RDA.

The governor has urged the government to take the steps needed to obtain the guarantee — which legislators including Mr. Fahie voted in March 2018 to accept — in order to fund the RDA and its recovery work.

The premier, however, has said that the conditions of the deal were too stringent and that he is continuing negotiations with UK officials including Prime Minister Boris Johnson.

Meanwhile, the RDA has struggled to complete projects even though it has been spending nearly $300,000 per month on operating expenses.

Though the agency’s current mandate includes hundreds of millions of dollars’ worth of major efforts, it has spent less than $9 million on projects since it was established in April 2018, and it has completed only five, according to information provided by the RDA.

Late last year, it cancelled its biggest effort yet — the removal of more than 200 derelict boats across the territory —in the midst of the tender process, and as of Dec. 31 it had less than $5.3 million in the trust that funds its projects, Ms. Penn stated.

In his resignation, Mr. Bayly took issue with what he described as a planned down-scaling of the Recovery to Development Plan, which legislators including Mr. Fahie originally approved with a unanimous vote in October 2018.

Implementation of the original RDP was projected to cost roughly $580.8 million over seven to ten years and entail 19 projects, Mr. Bayly told the Standing Finance Committee in November.

But following Mr. Fahie’s spat last year with the governor, his government changed course, submitting a new draft RDP to the UK in September as part of what the premier said was a renegotiation process.

It is unclear how much of the new plan would be administered by the RDA, but the draft — which is 33 pages long compared to the original’s 116 — estimates financing needs for the recovery at $186.9 million. It doesn’t specify a time-frame for that spending, though the document does bill itself as a four-year strategy.