Though the Virgin Islands reopened to tourists at the start of December, the seaports remain closed to international travel, and government is continuing with measures to fortify border patrols. To …

END_OF_DOCUMENT_TOKEN_TO_BE_REPLACED 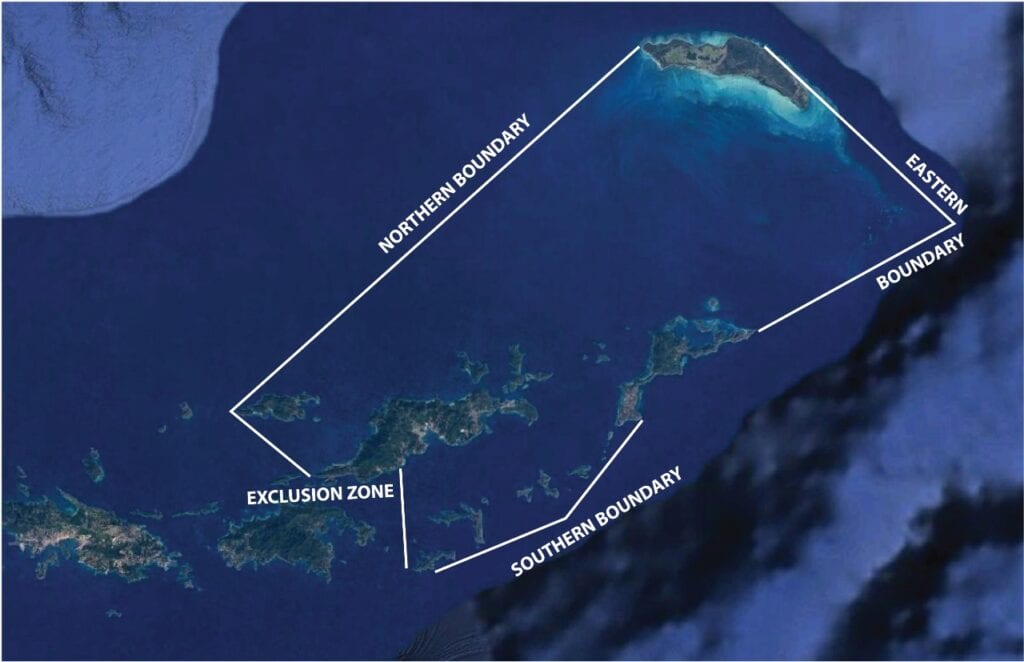 Though the Virgin Islands reopened to tourists at the start of December, the seaports remain closed to international travel, and government is continuing with measures to fortify border patrols.

To that end, a private shipping company helping facilitate this security detail recently got a new government contract, according to a summary of a Feb. 17 Cabinet meeting that the Cabinet Office released Feb 25.

EZ Shipping Limited received a contract for $360,000 to provide two barges to be “radar platforms” for monitoring the territory’s sea borders from Dec. 23 to Jan. 22, the summary stated.

Cabinet noted on Feb. 17 that the firm’s previous contract “resulted in improved border security measures that are quantitatively successful in deterring illegal border activity” and “effected a marked reduction in marine traffic,” according to the document.

The barges provide space for a task force composed of customs, immigration and police officers to monitor the territory’s waters 24 hours a day and rapidly deploy vessels in the event of suspected illegal activity, officials have said.

The Virgin Islands closed its borders in March last year and reopened to tourists in December. During the interim, the Customs and Immigration departments teamed up to increase surveillance of the territory’s waters.

Customs Commissioner Wade Smith and Chief Immigration Officer Ian Penn announced in August that they would establish the “strategic platforms” with the help of the private sector to beef up security amid reports of people illegally crossing the border.

At that rate, the territory would be paying $420,000 monthly for three barges. The Cabinet summary released last week did not say when government went from paying for three barges to two, but even if it switched to the $360,000 monthly rate after one month it would have paid more than $1.8 million for continuous surveillance up to Jan. 22.

When the initiative was announced last August, officials did not provide details of who received the contract or how long government intended to pay for the barges’ use. Government was not publishing Cabinet updates at the time.

Meanwhile, plans are in the works for a comprehensive security plan following debate about the UK and VI’s responsibilities when it comes to border protection.

Tension rose between Premier Andrew Fahie and then-Governor Gus Jaspert at the end of September when the governor defied the premier’s wishes and announced that he had enlisted a British naval ship, HMS Medway, to help secure the territory’s borders.

Mr. Jaspert said at the time that “security is crucial to our Covid-19 response.” However, Mr. Fahie said the UK’s role in protecting the VI’s borders should be limited to certain functions so the territory could develop its own domestic capabilities.

The governor said he offered a deal where the UK would pay half the cost of a permanent border surveillance system to the tune of $300,000, but the premier declined.

“It was made very clear to the governor that the BVI being able to purchase a border protection system on its own would be a tremendous accomplishment for Virgin Islanders and would inspire them to recognise their ability and to have confidence in themselves,” Mr. Fahie said at the time.

Cabinet said in February that the territory is working on finalising a formal Sea Border Protection Plan for outlining long-term protection measures.

Attempts to contact EZ Shipping and to interview Mr. Smith were not immediately successful.