At a motivational session for women at Eileen L. Parsons Auditorium on Sunday, speakers ranging from entrepreneurs to former professional football players encouraged a group of about 50 ladies to …

END_OF_DOCUMENT_TOKEN_TO_BE_REPLACED 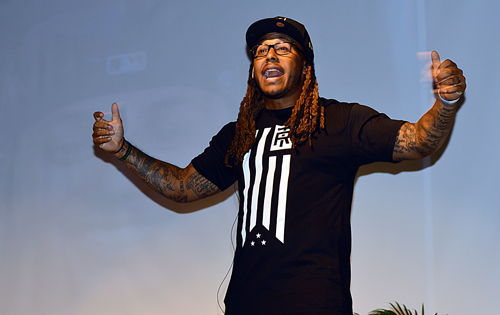 At a motivational session for women at Eileen L. Parsons Auditorium on Sunday, speakers ranging from entrepreneurs to former professional football players encouraged a group of about 50 ladies to accept themselves and stand tall, whether they were 120 pounds or 220 pounds.

“Whatever your flaws or weaknesses are, acknowledge them and try to work on them,” Department of Trade, Investment Promotion and Consumer Affairs Director Karia Christopher told attendees during one of the sessions on confidence and self-esteem. “You have to learn to deal with things in a non-confrontational manner, that shows confidence too.”

The event, which was organised by the Virgin Gorda business Out the Box Vacation Planning, was held on Saturday in VG and again on Sunday on Tortola.

Ms. Barnes kick-started the event with a session on entrepreneurship, encouraging attendees to pursue careers in business.

“I think a lot of the qualities that a lot of women possess, those are the qualities that are really going to be needed in this new age; that patience, that sense of community, that willingness to give to other persons and to be involved in something larger than ourselves,” she told the women.

The economy stands the benefit by having more women entrepreneurs, Ms. Barnes added.

“When we become entrepreneurs and self-employed, raising female employment to male levels can have a direct impact on GPD rates, increasing it by as much as 34 percent in some countries and that county’s productivity can increase by as much as 25 percent,” she said. “Essentially, once women become gainfully employed, we have the capacity to really help our countries and communities move forward.”

Apart from listening to tips on becoming entrepreneurs, attendees also listened to advice on how to become physically fit.

The fitness and life coach also gave examples of different failure and success stories he’s had with clients.

“Some people fail to attain their goals physically because of the social structure around them,” he said, before advising the women to surround themselves with people who support their goals.

The event came to a close with a nearly 45-minute relationship talk from Mr. Shelton.

The former NFL player urged the women not to hold on to toxic relationships.

“A lot of us are in situations that we’re not supposed to be in, but we’re afraid to let go. I will tell you right now, don’t complain about the things you’re not willing to change,” he said. “I want to tell you, you deserve the things you accept. If it’s not elevating you or pushing you to success, let it go.”