Out of the Caribbean Development Bank’s $65 million loan, about $4 million will be devoted to funding a long-sought new building for the Department of Disaster Management, according to Premier …

END_OF_DOCUMENT_TOKEN_TO_BE_REPLACED 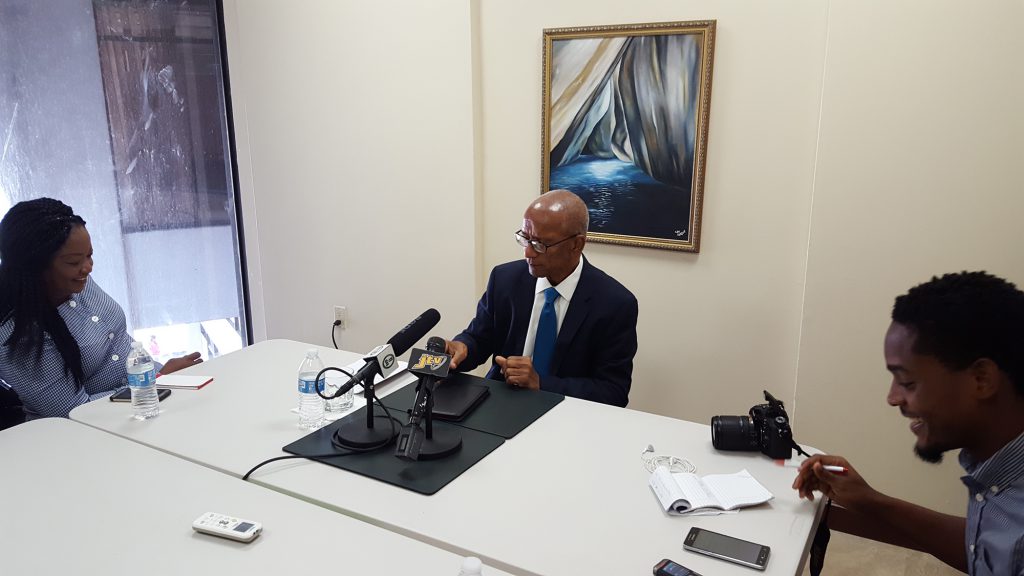 During a press conference on Thursday, Premier Dr. Orlando Smith explained how the $65 million loan from the Caribbean Development Bank will be spent. Photo: CONOR KING DEVITT

Out of the Caribbean Development Bank’s $65 million loan, about $4 million will be devoted to funding a long-sought new building for the Department of Disaster Management, according to Premier Dr. Orlando Smith.

DDM officials have requested funds for a new building for at least seven years. DDM Director Sharleen DaBreo warned lawmakers several times that the former facility would not be fit to serve as the National Emergency Operations Centre in the event of a catastrophic disaster.

Her comments proved prophetic: The facility was largely destroyed during the passage of Hurricane Irma, and the NEOC was forced to operate out of Peebles Hospital instead.

In addition to the DDM headquarters, Dr. Smith (R-at large) also outlined a few of the loan’s other large line items in response to a question at a press conference last Thursday.

The facility will appropriate about $4.5 million for upgrading Carrot Bay’s road and sea defences; about $4 million for building a new West End ferry terminal; and about $1 million for repairing the Road Town ferry terminal, according to the premier.

Dr. Smith — who also serves as minister of finance — noted that about $8 million of the loan would go to the education sector.

The rest of the money would be devoted to numerous smaller projects, including sewerage infrastructure, he added.

The CDB authorised the loan to the government in December, and the House of Assembly approved it later in the month after a contentious intraparty debate.

Opposition Leader Andrew Fahie (R-D1) was one of three HOA members to vote against the loan and has since criticised Dr. Smith for not divulging details of the planned spending. On Wednesday, Mr. Fahie sent a letter to the premier requesting that he publicise the spending details and terms of the loan.

“While it is agreed that as a territory we cannot stand still in our recovery and development efforts post hurricanes Irma and Maria, it equally must be agreed and ensured that all procedures and processes in so doing can withstand the test of time in the areas of accountability and transparency,” Mr. Fahie wrote.

At the press conference on Thursday, the premier noted that he would respond to Mr. Fahie’s request and provide more information about the loan in the future.

“There’ll be a breakdown coming out later,” he said, though he declined to say when.