The BVI Red Cross has distributed more than $3.19 million to struggling households across the territory over the last three months — cash injections that officials said benefitted nearly 12 …

END_OF_DOCUMENT_TOKEN_TO_BE_REPLACED 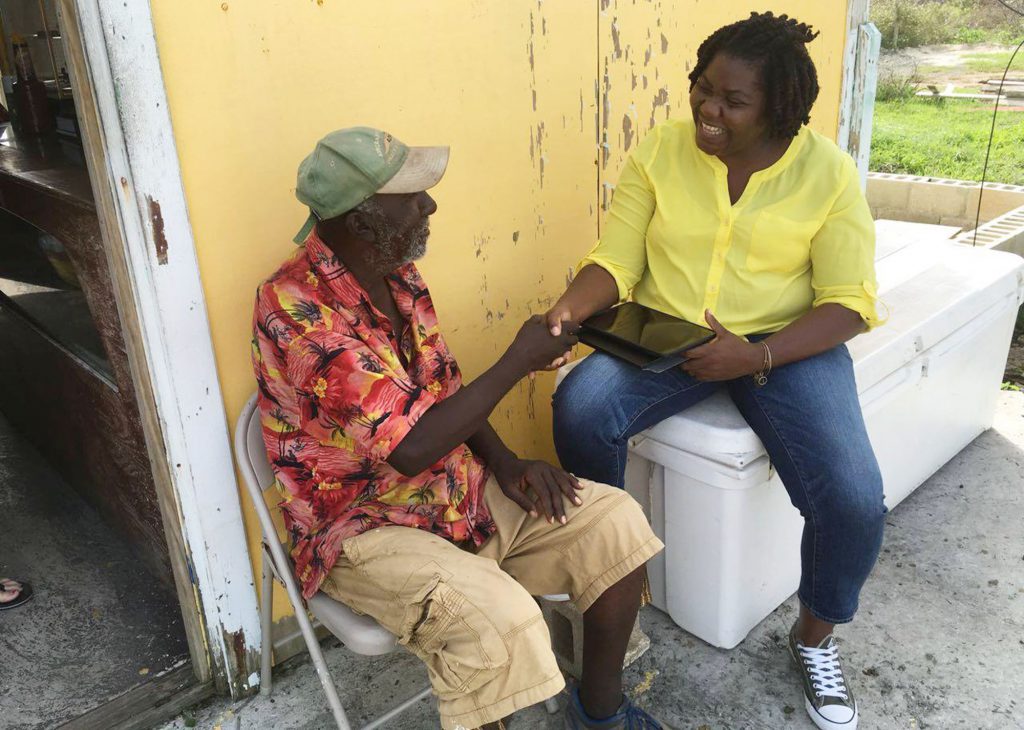 The BVI Red Cross, along with several partners, was able to give thousands of residents across the territory aid in the form of cash. Photo: GIS

The BVI Red Cross has distributed more than $3.19 million to struggling households across the territory over the last three months — cash injections that officials said benefitted nearly 12 percent of the population.

The humanitarian group’s local branch launched the financial assistance programme in late November, and since then has supplied eligible individuals with three rounds of bank deposits ranging from $800 to $1,200, according to the Ministry of Health and Social Development.

Making direct payments to disadvantaged people is a practice that the Red Cross has been using for almost two decades in countries including Nigeria, Greece and Nepal.

And with the direct payments, residents in this territory were able to pay for rent, transportation, education, household items or anything else they needed after Irma.

“Two or three months after a disaster, peoples’ needs change. They don’t need the material goods — food, water, clothing, tarps — as much anymore,” Jamie Sport, a delegate from the British Red Cross, said in November. “Based on our assessments, we’ve determined that cash is one of the most effective ways to give people freedom and dignity and get them back on their feet. We assume that if people are asking for money, they need it: They’re not just going to go out and buy a TV.”

Eligibility for the programme depended on income, employment status and residential damage, with priority given to people with disabilities or severe health problems, children under 5, and elderly over 65.

Overall, 1,074 households were registered and 3,531 individuals benefitted from payments, the ministry reported.

The Red Cross conducted a survey of some who received help and found that 97 percent were satisfied with the aid, and 78 percent believed the cash they got was enough to meet their basic needs.

At the start of the programme, volunteers described the extreme gratitude families felt after getting help, with some even breaking down in tears.