Village Cay Hotel and Marina opened a new conference and event centre that the manager said is designed to better meet the needs of business travellers and local organisations alike. …

END_OF_DOCUMENT_TOKEN_TO_BE_REPLACED 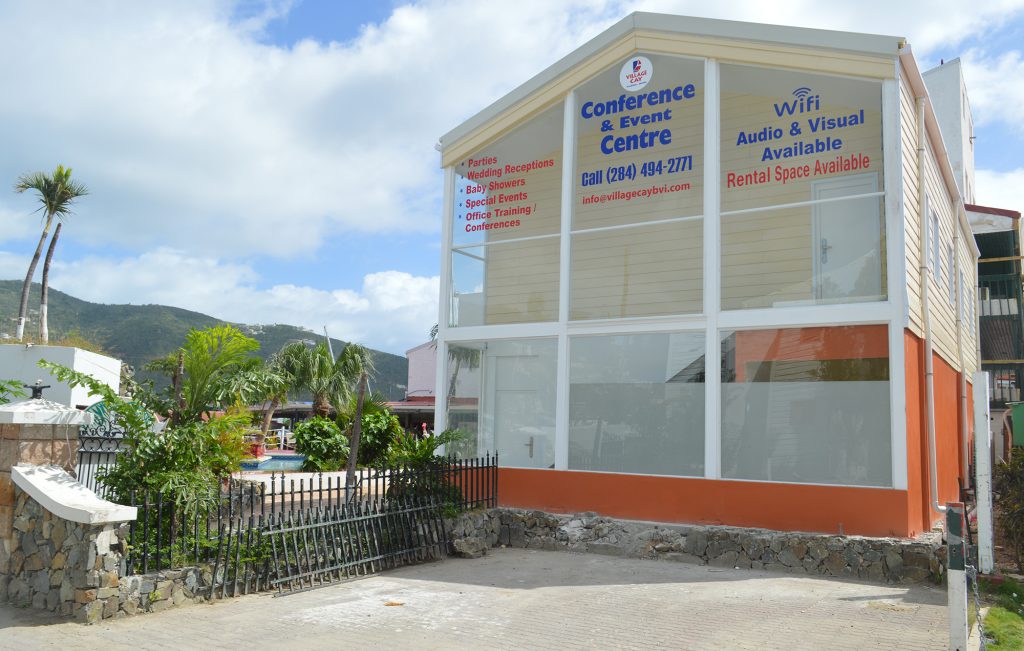 Village Cay Hotel and Marina opened a new conference and event centre that the manager said is designed to better meet the needs of business travellers and local organisations alike.

Planning for the two-storey, 1,800-square-foot building began in February, and construction commenced in July, although — like other projects across the territory — it was temporarily delayed after the destructive hurricane season.

The facility is designed to expand Village Cay’s services and offer business travellers an added layer of convenience.

“After surveying our client base, we found that was one of the areas where there was a need: more meeting space,” Ms. Cline said.

Now, the resort is planning the “soft launch” of the centre for public use.

Residents, who have significantly fewer functional conference venues to choose from in the post-hurricane landscape, will soon be able to take advantage of Village Cay’s new addition, the general manager explained.

The building contains a multipurpose space on the ground floor and Village Cay offices above. It can host up to 100 people and comes equipped with wifi as well as audio and visual amenities, according to Ms. Cline, who added that she is already receiving a “plethora of calls” from people interested in booking the centre.

Village Cay plans to reopen its 23 rooms by March, though that timeline is largely dependent on when the hotel can access the materials it needs, Ms. Cline explained.

Still, it is able to employ about 30 people right now, some of whom the new conference centre allowed to bring back on after they were laid off in the weeks following the storms, according to the general manager.

“Some properties are totally closed, so we’re very grateful to be able to continue to fuel the economy,” she said. “The tourism product is necessary to the real resurgence and redevelopment of the territory.”