Just in time for the weekend, Cane Garden Bay beach is once again safe for swimmers to enjoy, according to a statement from Acting Chief Conservation and Fisheries Officer Kelvin …

END_OF_DOCUMENT_TOKEN_TO_BE_REPLACED 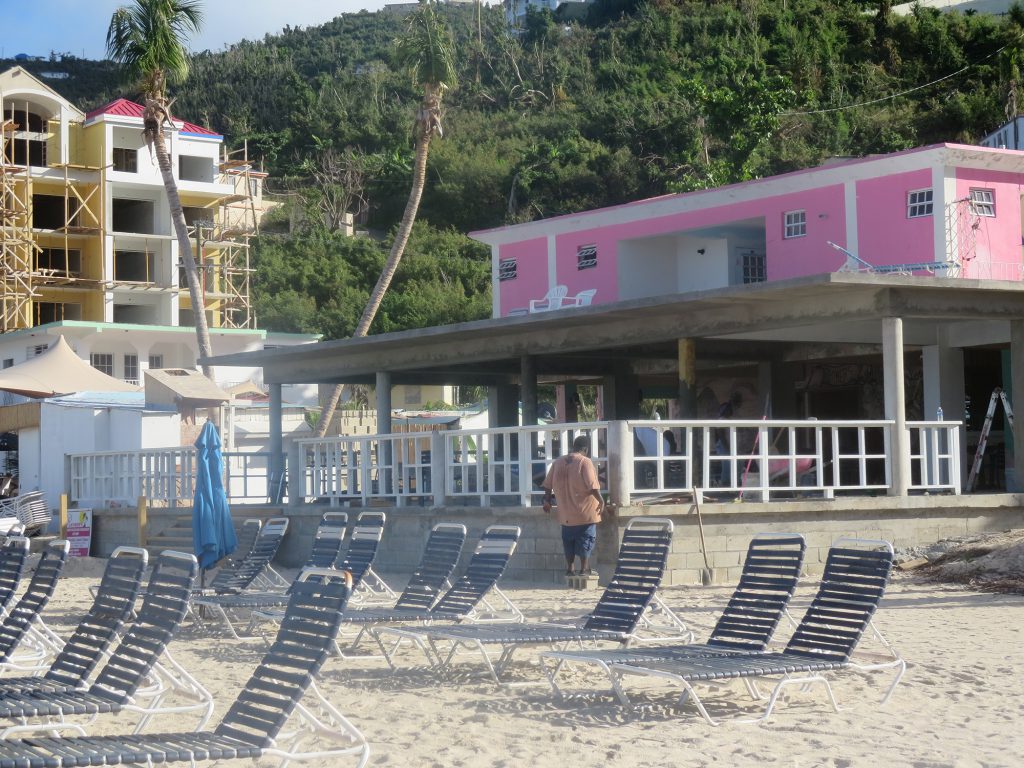 It remains unclear whether Cane Garden Bay beach (above, earlier this month) is open or closed.File photo: CLAIRE SHEFCHIK

Just in time for the weekend, Cane Garden Bay beach is once again safe for swimmers to enjoy, according to a statement from Acting Chief Conservation and Fisheries Officer Kelvin Penn.

The fate of CGB, long the most popular beach in the territory, has been in flux since December, when it was declared closed due to tests that showed “very high bad bacterial counts” at both the cemetery and Rhymer’s restaurant, according to government.

According to Mr. Penn, this was possibly a result of heavy rainfall causing excess runoff into the sea and problems at the local sewage treatment plant, which was non-functioning after Hurricane Irma.

The government had declared the beach open in a press release on Jan. 22, but quickly retracted it. Speaking at a community meeting last week, Second District Representative Mitch Turnbull said that tests conducted since then had showed great improvement.

In the statement, Mr. Penn added that his team will be conducting further testing for the

During a community meeting last week concerning the new sewerage plant in CGB, Second District Representative Mitch Turnbull said an official statement on the beach would be forthcoming on Monday of this week.

“The testing has been done and the last two tests have improved significantly,” he said.

He added that he would be meeting with the Ministry of Natural Resources and Labour last Friday “on the issue surrounding the beach closure” to settle the closure question “once and for all.”

He added, “We are moving in the right direction. I just want us to understand that even though this problem existed before, we also have to take into account that the hurricane has passed.”

However, as of Beacon press time yesterday afternoon, no statement had been issued as promised, and attempts to reach Mr. Turnbull this week were unsuccessful.

In December, the beach was temporarily closed due to poor water quality, which, according to a statement from acting Chief Conservation Officer Kelvin Penn, may have resulted from heavy rainfall, hurricane-related storm surge and a nonfunctioning sewage treatment plant.

After further tests were performed, the government declared the beach open in a press release on Jan. 22, but quickly retracted it, and an information officer clarified that the beach was in fact closed.

Nevertheless, passengers from the cruise ship Marella Celebration were driven to the beach on Jan. 22.

CGB has long been the most visited beach on Tortola, but the area suffered severe damage in the hurricane and continues to rebuild.